Getting on track with Gantrex 28 October 2022 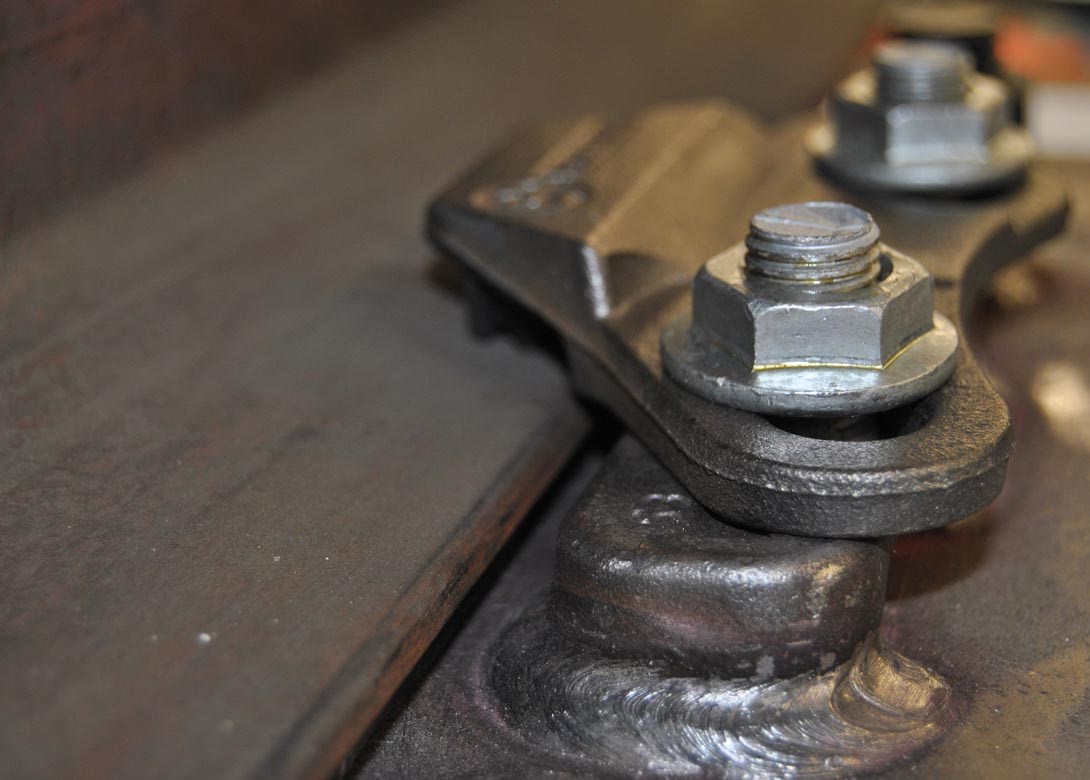 In the 1970s Gantrex was leading the charge in modernising rail fastening solutions with soft mounted rails. Here, Steve Nikolayev, CX manager ports at Gantrex Group, looks at the history of the rail fastener and how the Group is continuing to innovate and solve customers’ problems by coming up with bespoke solutions.

In the 1970s rails were mounted directly on the steel girders with steel-on-steel clamps or J-bolts, which caused excessive stress, as well as wear and tear on the girders. The patented solution at the time was to mount the rails on a rubber pad and use rubber nosed clips to eliminate uplift forces imposed on the clips by the rail through a bow wave. A bow wave is formed in the rail as the heavy crane moves on top of the rail, pushing the rail under the crane wheel down while slightly lifting the rail on either side of the wheel. The clips were secured in the lateral direction against the rail ensuring a proper alignment of the rail system is maintained.

The clips were also designed with a wedge in the lateral direction ensuring they remain in place and are naturally tightened when a lateral force is applied on the rail. The addition of a pad under the rail distributed the load more evenly over the centerline of the girder – minimising the stresses on the girder web. It also eliminated fretting corrosion on the top of the girder – as the rail moved in the longitudinal direction and allowed for a better stress distribution between the crane wheel and railhead – prolonging the lifecycle of the rail.

Two types of clips were developed – a boltable and a weldable clip. The boltable clip consisted of a cam and a clip body. The cam, a specially designed washer, allowed for lateral adjustability of the clip. When installed with a bolt through the girder the cam locked the clip in place and ensured no slippage was allowed. A weldable clip consisted of a weldable lower that was welded to the steel girder and an upper that was bolted to the lower. Special grooves were designed within the body of the lower component to hold conehead and hex bolts. The benefit of using a lower component was the allowance of all work to be preformed from the top of the girder when the installers were installing the rail at height. The lower components of the clips would normally be pre-welded in the shop to the girders – easing the installation of the rail system on-site.

Installing the first generation of clips was quite cumbersome, an installer had to first push the clips against the rail, tighten the bolts, then hit the clips with a hammer to ensure they engaged with the rail – only then could the specified torque from the data sheets be applied. Failure to follow the installation instructions would result in the clips not engaging with the rail and the rail moving in the latter direction, which would cause pad creep and pad failure in due course.

The latest Gantrex clip innovation, the RailLokTM series clips, launched in the late 2000s, solves the installation dilemma with a patented Active Contact feature, which ensures that the clips are properly installed with the use of a pneumatic wrench – no longer requiring a hammer hit, which significantly reduces the installation time of each clip.

The Active Contact feature is incorporated within the attack angle of the bolt, as the bolt is tightened the attack angle shifts slightly towards the rail pushing the clip into the rail and locking it in place. All the installer needs to do is to push the clip against the rail and tighten the bolt using a pneumatic wrench, the RailLokTM clip will take care of the rest.

The addition of the Active Contact feature also substantially increases the stability of the clips in dynamic applications – where cyclical lateral forces are applied on the clips. Solving for dynamic stability was extremely important within the industry as modern design tools allowed for crane designers to increase the load capacity and the speed of the crane while minimising the amount of material used to build the cranes, essentially building more flexible cranes that imposed larger dynamic loads on the rail system. In the RailLokTM design, when a lateral force is applied on the clips it pushes against both the lateral wedge and the wedge formed on the clip bolt, which minimises slippage of the clip away from the rail. The previous generation of clips were pushed away from the rail over time, which required an intervention to reinstall the clips against the rail for proper clip performance.

Gantrex has modernised the industrial rail fastening industry with a soft mounted solution minimising the stresses imposed on the structure, centring the loads on both the structure, and railhead, and eliminating the uplift forces on the clips using a rubber nose. 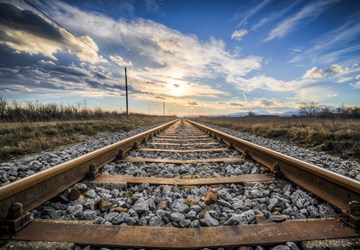 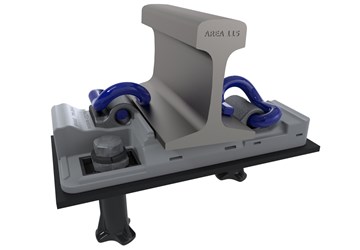