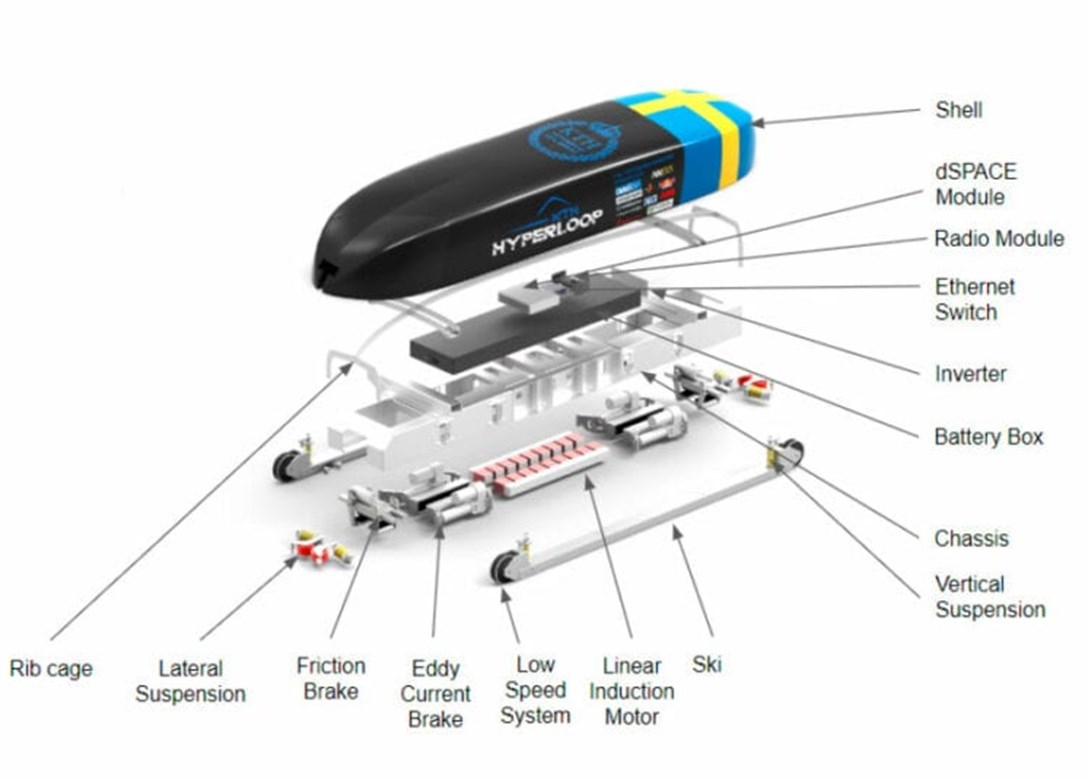 Once again, springs from Lesjöfors are playing a critical role in a progressive student project - the Hyperloop concept.

The Hyperloop concept is an initiative from Elon Musk, the founder of Tesla and SpaceX that gathers scientists, students, designers, programmers, venture capitalists and other businesses in cross-border development projects. The high-speed solution that Hyperloop is planned to be will be both faster, safer, cheaper, more comfortable and energy efficient than today’s transportation systems. The vessels will have top speeds of 1,000km/h – 1,200km/h and will bring transports from Stockholm to Gothenburg in 30 minutes.

The concept is basically a pod placed in a tunnel or tube that moves with levitation driven by magnetism. The levitation eliminates friction from the surface and since the tube is a closed environment, there is no impact from the outside. The air pressure is reduced to almost vacuum inside the tube and the reduced air resistance means that the speed can be increased significantly with reduced energy consumption.

“To be able to reach speeds of more than 1,000km/h, a technology based on levitation is required. Some teams have instead used wheels, achieving a high place in competitions, but at 500km/h and upwards, the friction from the wheels will quickly become too high for the pod to continue to increase in speed. Instead, if magnetic-based levitation is used, the resistance is reduced for higher speeds”, says Claes Henriksson, team captain for KTH Hyperloop.

The springs, with which Lesjöfors sponsor the team, will be used for the lateral control of the pod. Since a Hyperloop pod travels mainly without friction, it is extremely important that the pod does not come into excessive contact with the monorail (I-beam). The springs ensure that the pod always keeps the right course and does not rub against the rails. In addition to the fact that well-defined springs ensure that the pod maintains its speed, they are also important for safety reasons; should the pod crash into the monorail at high-speed, there is a risk for serious damage.

“We are happy to be part of such an exciting and important futuristic project. Sponsoring students for us is both about making important contacts for the future and spreading knowledge about our unique spring expertise”, says Mattias Hartvigsson, product specialist at Lesjöfors. 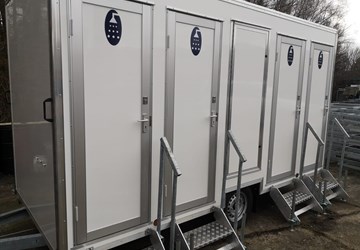 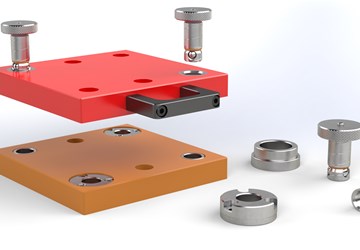