Flying under their own power has fascinated many people since the dawn of humanity. Next year, a human powered aircraft race across the English Channel will test both pilots and planes. What fastening technologies will keep them together?

Since humans evolved enough to think about birds, they’ve wondered if they could fly like them. Greek mythology tells the story of Daedalus and Icarus who had wings of feathers and wax, but the challenge with the pilot providing the power is not the problem of getting too close to the sun (as Icarus did) but that humans can produce only about a third of the horsepower necessary by pedalling. This is one hundredth of the power in the smallest aircraft engine. Due to this, Human Powered Aircraft (HPAs) have to be extremely light, but strong enough to survive some turbulence and maybe a few gentle crashes. Joining methods have to be equally light and strong.

HPAs fly slowly and just above the ground (or water), so crashes or structural failures are not serious (no one has ever been seriously hurt in an HPA crash). Therefore, no licenses are needed and anyone can build one. The risk is less than riding a bicycle.

Structures are made largely of composites materials (very often carbon fibre reinforced plastic), foam and a thin covering, so they are very light and strong. The adhesives and fasteners have to be equally light and strong. In the early 1980s, I flew an inflatable HPA called Phoenix, which was made mostly of Mylar glued together with Bostik 1755 adhesive. All fasteners were designed and made by the aircraft designer/constructor Fred To. I crashed it in a London park with neither me nor the plane being damaged.

Later, flying in London’s Docklands (they were not built up then), we achieved a cruise speed of 4mph and accidentally gained the world record for the slowest aeroplane (balloons and helicopters are aircraft, but not aeroplanes). The HPAs that will fly across the Channel next summer will cruise faster, but not dangerously so. Fred To conceived the race and has put together the team that will run it.

The race will commemorate the 60th anniversary of the first recorded HPA flight, which was Southampton University’s Man Power Aircraft (SUMPAC) piloted by Derek Piggot at Lasham airfield in 1960. He covered a distance of 64m (210ft), climbing to a height of 1.8m (6ft). The race was to have been held this year, but it’s been delayed a year because of the Covid-19 lockdown. It’s not just about aircraft design, but also encouraging fitness and interest in the STEM subjects (science, technology, engineering and mathematics). Large scale aviation is under pressure to be more green. You won’t find any aircraft greener than HPAs.

Up to four aircraft can enter the race and designers and builders worldwide are putting forward their aircraft. Take off will be from The Warren, about four miles west along the coast from Folkestone and landing will be on the beach at Cap Gris Nez in France. Each aircraft will be accompanied by a boat in case it has to ditch along the route. The boats will carry rescue swimmers to ensure the pilot gets out safely.

The route is the same taken by the first and only crossing of the Channel by an HPA, which was Paul MacCready’s Gossamer Albatros – flown by cyclist Bryan Allen in 1979. Allen completed the journey in 2 hours 49 minutes in his 31kg HPA. He is on the Great Race organising team.

One of the main aims of the race is to encourage the designing and building of HPAs, particularly by young people, to encourage their interest in technical subjects and keeping fit. Very short flights can be made in many places and because they fly low and slow, HPAs do not involve high risk. A longer-term aim is to encourage people to take up HPA flying as a sport. In 2012, the Icarus Cup was launched, which sees several aircraft and teams meeting on a UK airfield each year to compete.

Designing and putting together a HPA is now within the grasp of many groups because of advances in aerodynamics, materials, structures and fastening systems. Years ago, the involvement of an aeronautical engineering department was recommended because the science was not that well understood. One of the most successful HPAs was the NASA/MIT Daedalus, which was flown from Crete to Santorini in the late 1980s by a Greek pilot, re-enacting the mythical flight of Daedalus, of just over 70 miles.

US HPA designer/pilot and team leader Alec Proudfoot recently told The Telegraph – a UK newspaper: “Crossing the English Channel in a human powered aircraft has been done, once before – barely. It was one of the most amazing athletic achievements of our time. To think that several international teams are going to attempt the same feat, on the same day, in a race to see who is the fastest, seems almost a bit bonkers. It will be a huge technical and logistical challenge, but most of all a supreme test of athletic and piloting skill.”

Lined up to take part so far are Wiltshire-based Team Aerocycle and a team from Bordeaux University, with others expected to join over the coming weeks. The fastest to complete the crossing will receive a GB£50,000 prize, with GB£10,000 going to the second fastest and a prize of GB£5,000 for the fastest female pilot.

“Flying a human powered aircraft takes between 300W and 400W of power,” says HPA designer Fred To, the race instigator. “To keep this up over the several hours crossing will require levels of stamina close to what is needed in the Tour de France.”

One of the most successful current HPAs is DaSH (Dead Simple HPA), designed, built and flown by Alec Proudfoot. “The bulk of the joining of things on the airplane is done by glues and epoxies, which are carefully apportioned and weighed out, with glues used in very thin layers (or where appropriate, in small spots rather than full layers) with many tests done before final parts are built, to minimise the total amount of glue used to keep the weight down.”

One example of how the DaSH team worked out the ‘right’ way to make a part is the rib caps on the wing and tail ribs. The team tried virtually all types of adhesive (epoxy, aliphatic wood glue, polyurethane glue, various contact cements) to see which worked best and make the lightest, strongest parts (50mm wide XPS or EPS foam blanks are hot wire cut out, then 0.4mm, three layer birch plywood is glued onto the blanks and vacuum bagged.  When dry, 6mm wide ribs are bandsaw cut from the rib blanks, then balsa doublers are added to the 6mm wide ribs). After running many tests, all types of glues were found to work to some extent, but the polyurethane glue made the strongest and lightest bond.

HPA designs are mainly about keeping the weight down. Most current HPAs are about half the weight of the pilot. This gives the pilot/aircraft combination endurance – it can stay up quite a while. To win the race, speed will be important, so it will be a speed/endurance combination that will win the day. The flight of just over 20 miles might be competed in just over two hours. A windless dawn will be chosen for the race, but a light tail wind might arise; the route is about eastward and the prevailing wind westerly.

Teams have just over a year to get their aircraft built and ready to take off from near Folkestone, England. The sciences of materials, joining techniques, aerodynamics and fitness will be pushed to the limit in aircraft where efficiency means everything. A well-known phrase in aircraft design is “simplicate and add lightness”. In planning and building an HPA, it could not be more appropriate. 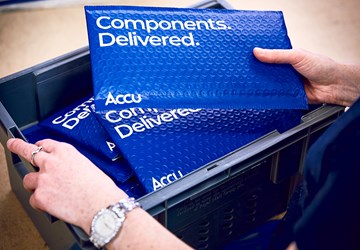 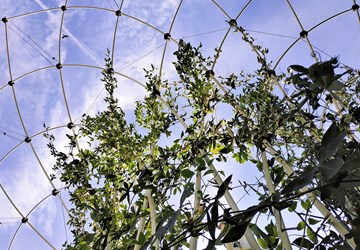