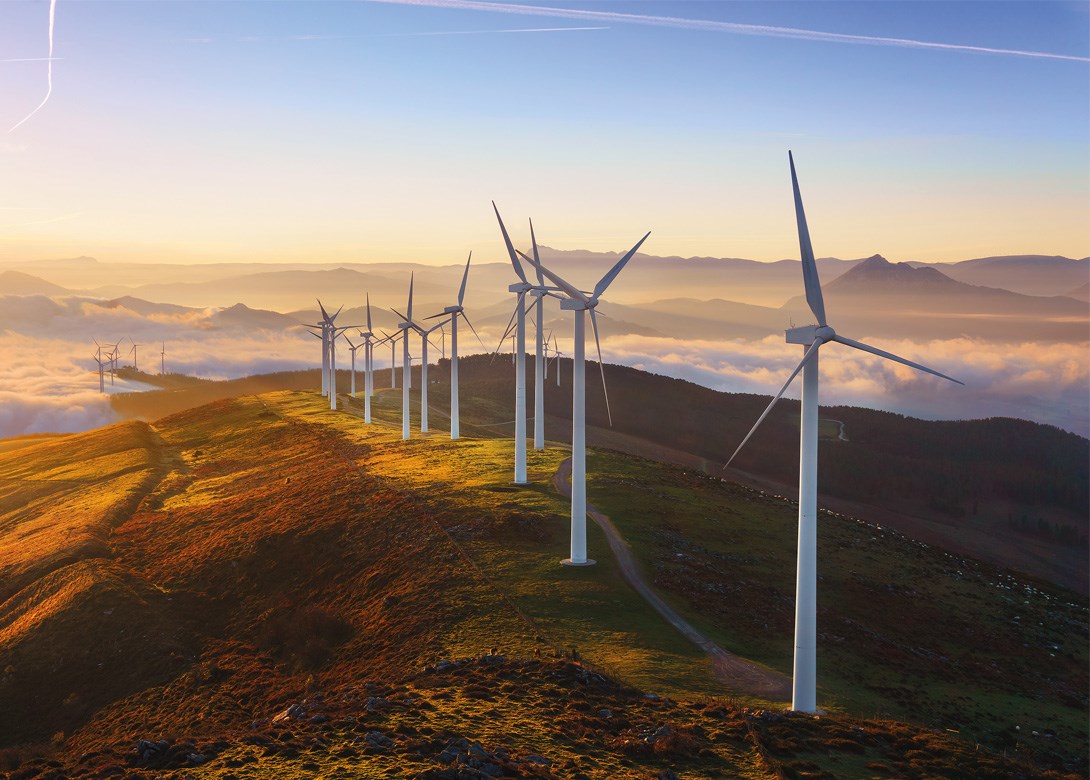 The Earth is full of energy, but we need the right technology to access it. Initially, humans developed mainly convenient, cheap but dirty methods (such as burning fossil fuels), but now the pressure is on to employ clean and much more evenly distributed methods, such as solar, wave, tide, nuclear and of course wind power.

Conflicts, such as the war in Ukraine, have also brought national energy dependency into focus – all countries now are wary of depending on another for energy, especially if that country may turn hostile. Some energy exporting countries have spent years getting customer countries dependent for political purposes, so many nations now want to be energy independent. Green technologies could go a long way towards this.

A more advanced energy alternative is wind power with wind turbine fields (both on and offshore) being built worldwide. In terms of efficiency, the bigger the turbines are the better and designs are now pushing the limits of materials, fasteners and fixings, as well as transport. Huge turbines need a lot of holding together, particularly as blades are now being made in sections because of manufacturing and delivery limitations.

There are roughly 36 large (above 10kW) wind turbine manufacturers worldwide, with the largest wind turbine in operation – according to the Guinness Book of Records – the General Electric Haliade-X, which stands 260m (853ft) tall and has a rotor diameter of 220m (721ft). The first prototype Haliade-X was assembled for testing in the port of Rotterdam on 17th October 2019.

The rotor blades on the Haliade-X are 107m (351ft) long with a 6m (19ft 8in) diameter hub. The Haliade series is made by GE Wind (Offshore), a European subsidiary of the US-based multinational formerly known as Alstom Wind. The bulk of the manufacturing for the Haliade series takes place in St Nazaire and Cherbourg, France.

The original version of the Haliade-X had a rated capacity of 12mW, but, after the initial round of testing, this was upgraded to 13mW. In January 2020, the Haliade-X 13mW prototype set a new 24 hour power generation record, with an output of 288mW/h in one day. The size of this turbine means that a single turn of the rotor generates enough electricity to power an average home for more than two days.

The Haliade-X has also been chosen for the massive Dogger Bank Wind Farm project, which is a group of wind farms under construction in the middle of the North Sea. When completed these wind farms will have 190 Haliade 13mW turbines for a total generating capacity of 4.8gW.

GE Renewable Energy said recently that it has added a second mould for making the blades at Cherbourg. The company is also building an additional hall for finishing blades. The factory is also planning to hire 200 more workers, which would bring the total number of employees at the site to 800. “Our teams here in Cherbourg are thrilled to take an active role in the energy transition and to be part of the successful journey for GE’s Haliade-X offshore wind turbine,” said Olivier Fontan, president and CEO of LM Wind Power.

Typically, workers make blades from layers of glassfibre fabric and balsa wood. The result is a composite material. They line the individual sheets and wood inside special moulds honed and polished to produce the right aerodynamic shape. Next, they cover the layers with foil, pump the air out to create a vacuum and inject a special resin to fuse them together. The vacuum helps the resin seep into the tiniest nooks and create a solid shell.

The process sounds straightforward, but workers, wearing white Tyvek coveralls, respirators and protective eyewear, must work fast and infuse the huge mould with resin that quickly turns from liquid to solid.

When the blade shells harden, crews remove them from the mould and join them together – two half shells to make a blade – inside a long, curving clamp using adhesives. Finally, they sand, polish and paint the blades and dispatch them to customers.

GE is also building another plant for the long blades in Teesside, an industrial port on the UK’s North Sea coast. Workers at the plant, which is scheduled to open in 2023, will supply blades for Haliade-X turbines at the Dogger Bank Offshore Wind Farm.

In October, GE also received an order to supply 62 Haliade-X turbines to the 800mW Vineyard Wind 1, the first utility scale offshore wind farm in the United States. It is to be built 15 miles off the coast of Martha’s Vineyard, Massachusetts.

And bigger to come

MingYang Smart Energy has also scheduled the market launch of its 16mW offshore wind turbine for 2024. The Chinese company said the largest wind turbine under development in the world will be able to supply enough electricity for 20,000 households.

The rapid rise in demand for electricity for renewable sources, and the decrease in costs for wind power technology, prompted MingYang Smart Energy to design the world’s strongest and biggest wind turbine.  The model is called MySE 16.0-242 and the designers implemented the hybrid drive transmission concept and opted for a compact solution. Offshore turbines are generally much larger than those onshore.

The 262m high wind turbine will be made to withstand typhoons, MingYang claims. It is envisaged to have a rotor with a 242m diameter, blades of 118m and a 4.6 hectare swept area. The tower and blades will be able to stand the strongest winds, with curve built into the blade to stop them hitting the tower.

A single MySE 16.0-242 will be able to generate 80gWh of electricity per year. In comparison, it produces 45% more energy than MingYang’s previous turbine model, the MySE 11.0-203.

One 16.0-242 can also eliminate more than 1.6 million tonnes of CO2 emissions over the course of its designed 25 year lifespan, according to the announcement. It is the start of MingYang’s offshore portfolio of 15mW or above. Last year China installed more than half of the turbines in the segment on a global scale.

The construction of turbines

So how big can wind turbine towers and blades get and what extra demands will they put on fasteners and fixings? In a US study, some 163 experts were polled by four energy research organisations and their opinions led to an expected median hub height of 115 metres by 2030 for onshore turbines, some 33 metres above the current ones. Blade tips will reach over 170 metres from the hub.

Offshore wind turbines, which are already larger than their onshore brethren, are set to achieve even greater heights by 2030, the experts said. Today’s machines, averaging 4.1mW with a hub height of 90m, will be replaced by 11mW giants with hubs 125m above sea level and blades spanning 190m. Their blade tips will scythe the air at well over twice the height of the Statue of Liberty.

“We asked the experts to give us a sense for the typical size of turbines in 2030, so the resulting figures should be considered midpoint estimates, not the maximum,” said Ryan Wiser of Lawrence Berkeley National Laboratory, one of the bodies involved in the research. This move towards ever bigger turbines is driven by the quest for lower levelised cost of energy (LCOE), said the study’s authors, some of whom are from the US National Renewable Energy Laboratory, the University of Massachusetts and the International Energy Agency.

Bigger turbines cost less per megawatt, thanks to economies of scale and lower balance of plant costs, and have better performance through taller towers and longer blades. US onshore turbines have already increased twentyfold in size, from 0.1mW and 18m in the 1980s to 2mW and 82m in 2015.

Offshore turbines have had only a decade and a half of development in Europe, but have already grown from an average of 1.6mW and 64m in 2000 to 4.1mW and 90m last year. Thanks to further increases in size, “LCOE is anticipated to decline by 24% to 30% in 2030 and by 35% to 41% in 2050, relative to 2014 baseline values,” reads the study, which is said to be the largest ever expert elicitation survey on an energy technology.

As might be expected from a survey of diverse opinions, there was a fair amount of variability in responses, with some experts predicting that fixed bottom offshore wind turbines could top 18mW in capacity by 2030.

Although the study did not consider emerging markets, Aaron Daniels, co-founder and managing director of Thailand-based consultancy Modern Energy Management, said massive turbines were rapidly becoming the norm outside Europe and America. “And the market is responding,” he continued. “8mW wind turbines with 164m rotors are now commercially available for this market segment, with 10mW turbines planned to be released by some manufacturers.”

Even the top end of current size expectations could fall short of reality by 2030, Wiser said. “Alas, we did not ask about maximum capacities or fundamental limits,” he commented. “I would note that in the past, most claims that we were reaching a plateau have, so far at least, proven incorrect.”

Nevertheless, it is clear that wind turbines cannot carry on growing indefinitely. Wiser and Daniels both said there would likely be an upper limit for wind turbine size, potentially dictated by logistics. “At some point I suspect there will be diminishing returns,” said Daniels. “The key is in manufacturing and shipping costs.”

Another limitation might be material stiffness. Larger blades are already made with prebend so that they don’t touch the tower in strong winds. If the blades strike the tower at high rotational speed, there will be huge damage.

What are the fastener issues?

When it comes to the wind turbine size, David Briggs, chief technical officer at the Cooper Turner Beck Group, explains the challenges regarding fasteners have also increased: “I started with Cooper & Turner 20 years ago when tower fasteners were M42s, and blade studs were M24s. We’re now talking tower fasteners of M82, and blade studs of M48, about a metre long. We’re also being challenged to make M100s. We’re having to find new materials that can be heat treated to get the right mechanical properties. It also brings problems in health and safety. Manhandling these things around a factory at M100 is a challenge. Each one is about 70kg.”

David continues: “When it comes to the wind turbine business, we supply from top to bottom. We supply bolts throughout the tower and fasteners in the nacelle and the blade attachments. We’ve also developed our own zinc flake coating, which is very robust because it has to survive handling damage and the harsh offshore environment.”

David also believes that the market for bonding and fasteners in wind turbines will grow hugely over the next few decades, as the world turns to wind power as a major green alternative to fossil fuels. “There will be challenges in strength, quality control and fault detection in fasteners and fixings, as sizes become huge. However, the market opportunity is vast for those companies that get their products right.” 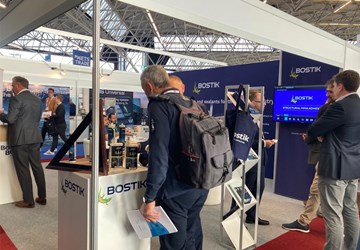 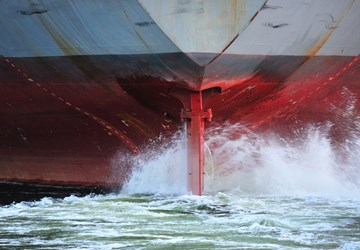