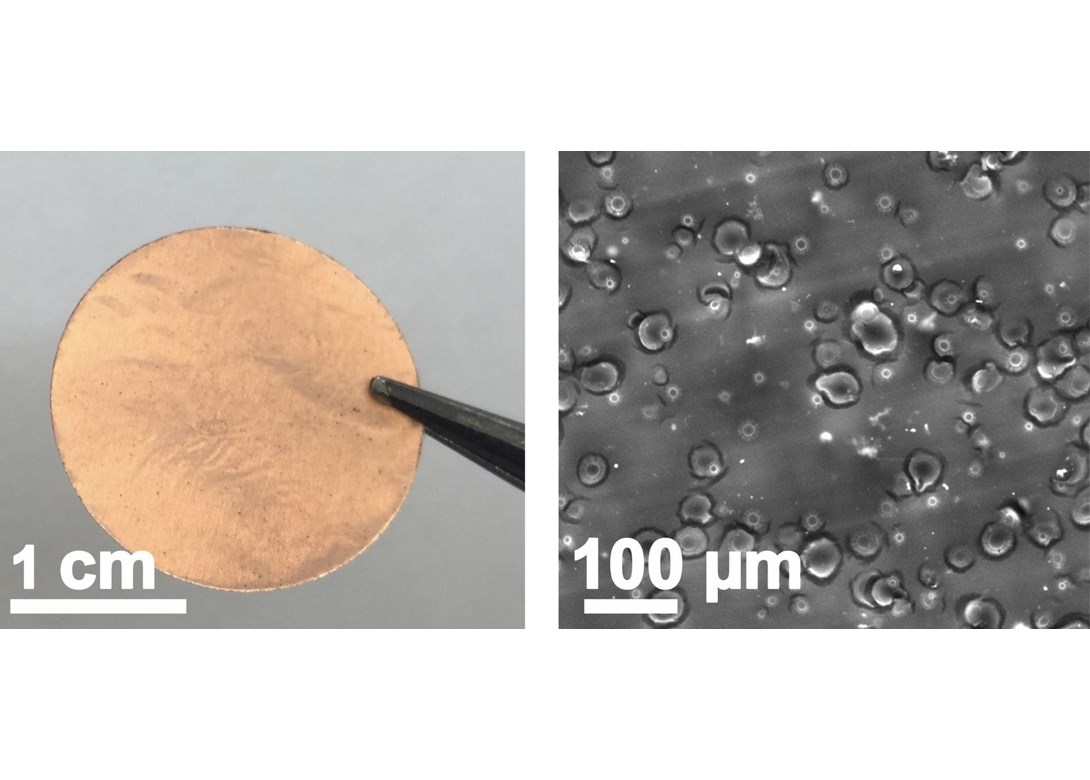 Where things get sticky happens to be where interesting science happens in a Rice University lab working to improve battery technology.

For the Advanced Materials study, the researchers used an infrared laser cutter to convert the silicone-based adhesive of commercial tape into the porous silicon oxide coating, mixed with a small amount of laser-induced graphene from the tape’s polyimide backing. The protective silicon oxide layer forms directly on the current collector of the battery.

The idea of using tape came from previous attempts to produce free-standing films of laser-induced graphene, Tour said. Unlike pure polyimide films, the tape produced not only laser-induced graphene from the polyimide backing but also a translucent film where the adhesive had been. That caught the curiosity of the researchers and led to further experimentation.

The layer formed when they stuck the tape to a copper current collector and lased it multiple times to quickly raise its temperature to 2,300 Kelvin (3,680 degrees Fahrenheit). That generated a porous coating composed primarily of silicon and oxygen, combined with a small amount of carbon in the form of graphene.

In experiments, the foamy film appeared to soak up and release lithium metal without allowing the formation of dendrites - spiky protrusions - that can short-circuit a battery and potentially cause fires. The researchers noted lithium metal tends to degrade fast during the battery’s charge and discharge cycles with the bare current collector, but no such problems were observed in anodes coated with laser-induced silicon oxide (LI-SiO).

“In traditional lithium-ion batteries, lithium ions are intercalated into a graphite structure upon charging and de-intercalate as the battery discharges,” said lead author Weiyin Chen, a Rice graduate student. “Six carbon atoms are used to store one lithium atom when the full capacity of graphite is used.

“But in a lithium metal anode, no graphite is used,” he said. “The lithium ions directly shuttle from the surface of the metal anode as the battery discharges. Lithium metal anodes are considered a key technology for future battery development once their safety and performance issues are solved.”

Lithium metal anodes can have a capacity 10 times higher than traditional graphite-lithium ion batteries. But lithium metal batteries that are devoid of graphite usually use excess lithium metal to compensate for losses caused by oxidation of the anode surface, Tour said.

“When there is zero excess lithium metal in the anodes, they generally suffer fast degradation, producing cells with very limited cycle life,” said co-author Rodrigo Salvatierra, an academic visitor in the Tour lab. “On the bright side, these ‘anode-free’ cells become lighter and deliver better performance, but with the cost of a short life.”

The researchers noted LI-SiO tripled the battery lifetimes over other zero-excess lithium metal batteries. The LI-SiO coated batteries delivered 60 charge-discharge cycles while retaining 70% of their capacity.

Using standard industrial lasers should allow industry to scale up for large-area production. Tour said the method is fast, requires no solvents and can be done in room atmosphere and temperature. He said the technique may also produce films to support metal nanoparticles, protective coatings and filters. 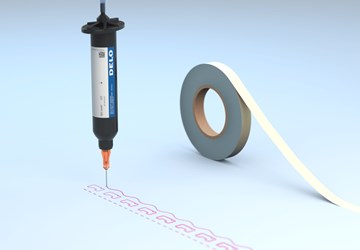 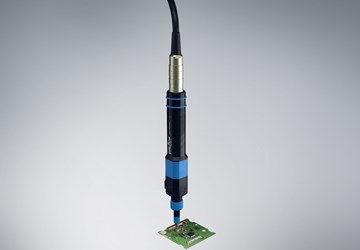