Bonding is a technology with an origin rooted in the early history of mankind. The first adhesive was invented in the stone age – birch pitch was produced by dry distillation of birch bark. This enabled parts of prehistoric tools and weapons to be bonded together. It can be assumed that this happened long before mechanical joining methods.

In the Middle Ages, the emergence of letterpress printing and the first mass production of books gave rise to the beginning of an adhesives industry. These glues adhered to paper, cardboard and leather. However, it was not until the 20th century that an adhesives industry arose for industrial assembly, mainly based on epoxy resins and cyanoacrylates.

UV-curing acrylic adhesives did not appear until the 1970s, while the first conductive adhesives were not developed until the beginning of the computer age in the 1980s.

Today, joining still means the permanent connection of components. This can be achieved, for example, by means of screw and press connections (frictional fitting), splined shaft connections and fitting screws (positive fitting) or welded and adhesive connections (material fitting). Adhesives can reinforce or even completely replace these joining techniques. In the course of the miniaturisation of components, joining with adhesives is often the only applicable technology. This is the special advantage of adhesive bonding compared to other joining methods. In the industrial sector, more and more special adhesives are being developed for specific applications.

Each application for joining brings with it different performance requirements. Adhesives are highly flexible in meeting those requirements, since their properties can be evaluated for suitability in each specific application. Modern industrial adhesives will allow the bonding together of very different materials.

The adhesive may need to be resistant to temperature fluctuations, humidity, shock or vibration after curing. With many adhesives, properties such as viscosity, colour or hardness can be modified to meet these assembly and performance requirements. In some cases, a better adhesive match is obtained by evaluating a different base chemistry. For example, an epoxy-based adhesive may be a better choice than a acrylate when performance requirements include high hardness and no movement from shrinkage during cure. For applications requiring flexibility and low stress on fragile connections, both soft epoxies and acrylates may be considered.

The choice of process can also contribute significantly to product recommendation. For high volumes, fast and automated, UV curing is highly recommended. When cured with broad spectrum UV or monochromatic LED UV light, UV curable adhesives can polymerise within seconds. Components are quickly bonded and can continue to be proceesed as soon as they move through their curing cycle. High performance UV adhesives can be epoxy or acrylate-based, offering a broading range of performance options.

For adhesive applications with shadowed areas that cannot be reached by light, dual curing products are available for reliable and complete curing processes. The adhesives are initially exposed to UV/LED light and then thermally post-cured in a second step. Also available are dual curing UV adhesives that utilise atmospheric moisture to cure the areas that could not be reached by the UV/LED light.

If the components to be bonded cannot be reached by light at all, there is the option of curing with heat only. Thermosetting epoxies are available with very repeatable curing cycles. The cycle time is determined by the volume of dispensed adhesive, oven temperature and the desired production output. Curing temperatures as low as 80°C may be used with some of these thermosetting epoxies. For truly heat sensitive components, two component adhesives can be used. Here, joining and curing is carried out at room temperature.

Thermally conductive adhesives are synthetic resins augmented with metallic or inorganic filler materials. Metallic fillers, however, make the adhesive electrically conductive, which can be undesirable in many applications. To achieve thermal conductivity and electrical insulation at the same time, adhesives augmented with ceramic or mineral-based fillers must be used. Adhesives with thermal conductivity are often used to dissipate heat from power electronics. When used to bond heat sinks, the thermally conductive adhesive reduces thermal strain, preventing performance loss or failure of electronic components.

Through specific selection, the bond formed by the conductive adhesives can be made rigid or elastic. Elastic bonds can have a vibration damping effect and can be applied to flexible PCBs or other flexible surfaces.

Bonded joints have a number of advantages over other joining techniques such as welding, screwing or soldering. For example, large area connections of very thin parts are possible with very even stress distribution and without weakening the joined parts. Adhesives can be gap filling, which permits use of less stringent component tolerances. By skilful selection of the adhesives, they can take on the properties of the joined parts or compensate for stresses that arise from joining different substrates. Crevice corrosion can also be minimised or completely prevented by using adhesives. For wide gaps, adhesives in a gel like viscosity can act as sealing material.

Joining by means of adhesive bonding represents a very cost-effective technology, as often only very small amounts of adhesive are required. Many bonding processes can be fully automated –  dispensing and subsequent curing with UV light can be integrated into existing production lines and controlled automatically.

Without high-tech adhesives, today’s digitalisation and miniaturisation of electronic devices, as well as the automotive, medical, and consumer electronics industries, would be unthinkable. The range of what is feasible is far from exhausted. Adhesives are continuously being developed to provide better performance and to make new component design easier to implement. In addition, current development is very much focused on making adhesives more environmentally friendly. Future adhesives are likely to be based on renewable raw materials, which will facilitate recycling and easy disposal for users. Adhesives will continue to evolve as manufacturers continue to introduce new technologies and products into the marketplace. 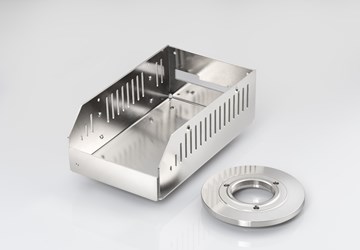 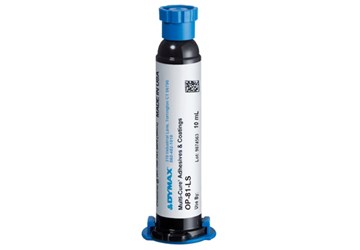