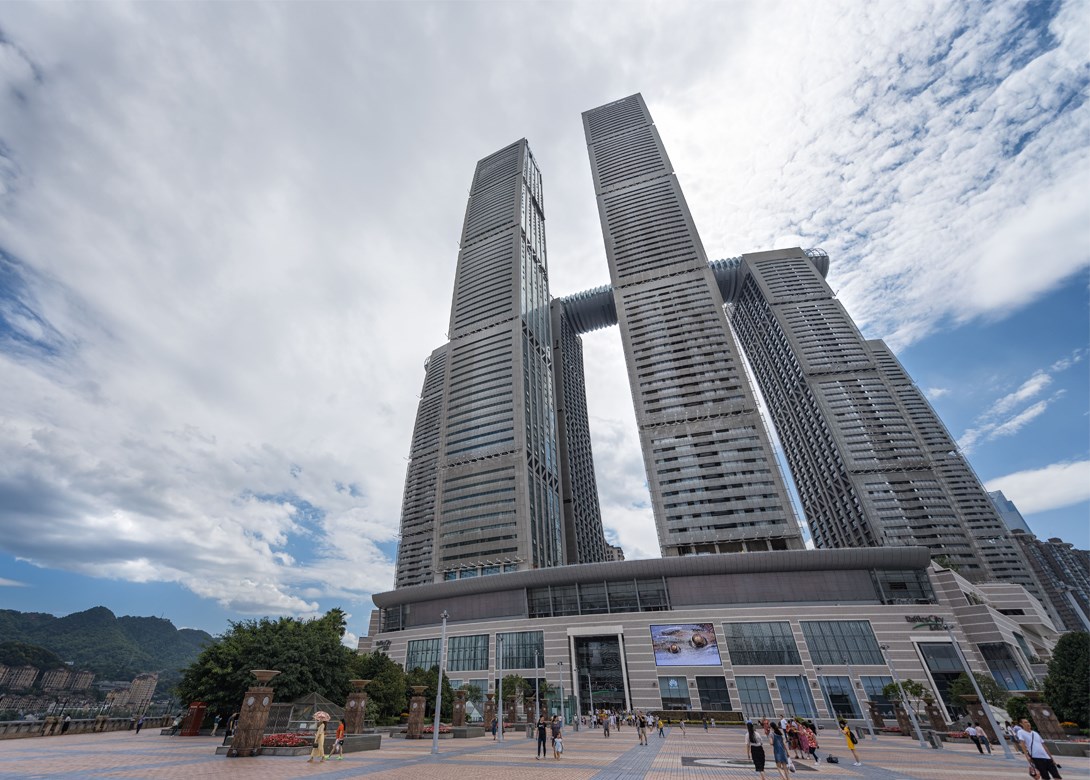 ‘Raffles City’ in Chongqing, China is a megastructure, featuring a new world record construction - the world’s tallest ‘horizontal skyscraper’. Around 300,000 fischer Zykon panel anchors FZP II provide a firm hold to the natural stone panels on all of the structure’s eight skyscrapers.

With more than 82,000 square kilometres, Chongqing is the world’s largest city by surface area and has over 30 million inhabitants. The metropolis has now gained a new landmark with ‘Raffles City Chongqing’. The project, which was developed by CapitaLand Group, was completed in 2019 after seven years of construction. ‘Raffles City Chongqing’ comprises six 250m southern skyscrapers, and two northern 350m skyscrapers. Apartments, offices, a shopping centre, a hotel and additional mixed-purpose facilities are located across an area of 1.12 million square metres.

‘The Crystal’ bridge – the world’s tallest ‘horizontal skyscraper’ – is an extraordinary feat of engineering. The construction measures 300m in length, 32.5m in width and 26.5m in height. It lies across four 250m skyscrapers and connects to the two neighbouring 350m skyscrapers via additional bridges. ‘The Crystal’ contains a gallery, a club house and much more, including a protruding glass-floor observation deck at each end, which gives visitors far reaching views across the city. ‘Raffles City Chongqing’ was designed by the world-renowned Israeli architect Moshe Safdie. He was responsible for another project that also incorporated fischer façade systems: Marina Bay Sands in Singapore.

Clad in glass and the red coloured Red Sesame granite natural stone, the podium façades are a significant project component of ‘Raffles City Chongqing’. They simultaneously provide a visual and protective function to the building. Approximately 300,000 units of fischer’s Zykon panel anchors FZP II guarantee a firm hold between the natural stone panels and the structures.

“This allows them to be positioned in the 1/5 point of the façade panel,” adds Ralf Weber. “Our undercut anchors thereby achieve lower slab bending moments and higher load-bearing capacities. This allowed thinner and larger façade panels to be installed during construction of projects such as ‘Raffles City Chonqging’. Over the building’s continued life cycle, lower maintenance requirements, the long service life and high energy efficiency increase its economic efficiency and provide a positive ecological balance,” continues Weber.

Undercut technology also offers optical advantages. “By concealing the panel anchoring on the reverse side, the fastening points themselves are not visible in the joints,” states Weber. “This results in a particularly harmonious façade that gives structures and landmarks across the globe their flawless appearance.” 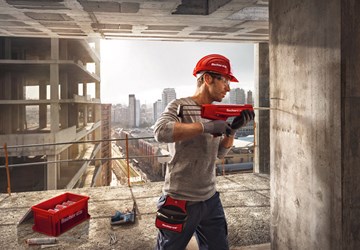 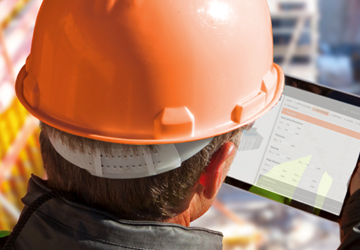