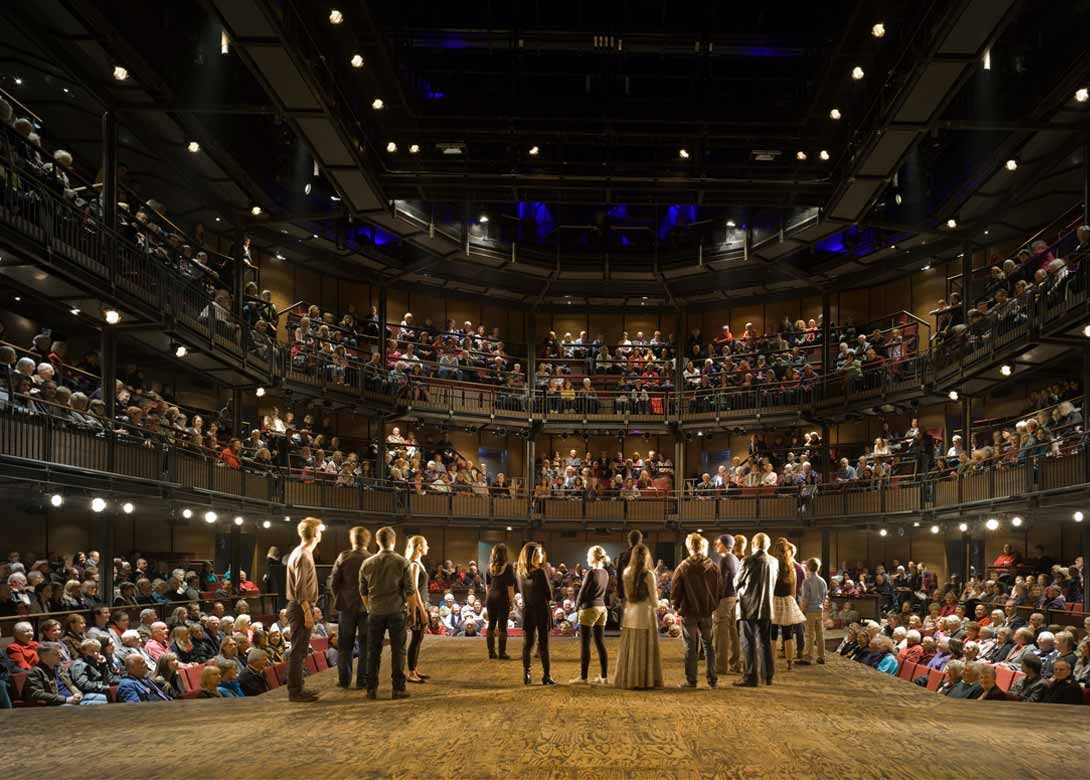 The actors of the Royal Shakespeare Company (RSC) are rightfully celebrated around the world. However, the engineers, artists and craftsmen who build the stunning stage sets deserve just as much recognition. Alan Bartlett, Head of Technical Design at RSC, explains how his team are able to build visual wonders with the help of component parts suppliers including WDS Component Parts Ltd.

The art of skilful stage design is to create a 3D landscape on the stage that enhances the audiences experience and integrates with the performers. Finding the balance between making every square foot of the stage come alive, while never obscuring the audience’s view. The expectations and demands of the audience will also continue to evolve as West End and Broadway shows continue to extend their budgets and push the industry to new levels.

Historically sets were built by the actors themselves, who often had little by way of craft skills and less in terms of budget. However, that changed steadily through the 20th century and today set building is seen as a highly developed profession. Perhaps not surprisingly, one of its leading members is the Head of Technical Design at the RSC, Alan Bartlett, who joined the profession immediately after completing a degree in mechanical engineering. With almost 40 years under his belt, he explains the design principles behind his work:

“We work with the finest actors in the world and we cannot have stage sets collapsing around them, so every part we use must be reliable and of a quality such that it can withstand the rigours of daily show changes and touring. Furthermore, the designs have be well engineered so that the sets can be built quickly. Often the scenery is activated by the actors whilst on stage. They don’t want the audience seeing them do this, so we need simple reliable mechanisms that can be operated by sleight of hand.”

Like most engineers, when Alan finds a good supplier he likes to stick with them and use them regularly. He also likes suppliers with a wide range of products so that he is not constantly looking for new sources, and ones with plenty of expertise and experience that he can tap into as required. WDS fulfils all these requirements, hence its inclusion on the RSC’s relatively short list of preferred suppliers.

WDS has built up a loyal following of customers from the theatre and entertainment sectors while continuing to serve its traditional customers in the more mainstream engineering industries. Based in Leeds it manufactures high quality standard parts such as handles, levels, quick release pins and levelling feet and is set up for easy ordering and rapid delivery.

Like most clients, Alan almost always orders by phone or the internet and appreciates the support available through helplines. This can be as simple as advice on the best sort of screws for the job or perhaps briefing WDS’s engineers on a bespoke requirement.

WDS parts are used on a great many of the sets that are designed and built by the RSC. Alan explains that quick release pins and fasteners are used to facilitate scene changes. Lifting pins/lifting eyes and toggle clamps are useful on 3D scenery, such as a large tent that was set live by the actors for Antony and Cleopatra, and also for lifting – scenery with actors onboard.

“WDS quick release pins are very good for this sort of application. The design needs to be simple, reliable and safe; a failure on set could destroy the atmosphere, bring the play to a halt or even cause injury,” says Alan. “Safety is important as there is a high level of interaction with the actors. You never know when a national treasure will be standing on, or lifted by, one of our designs.” 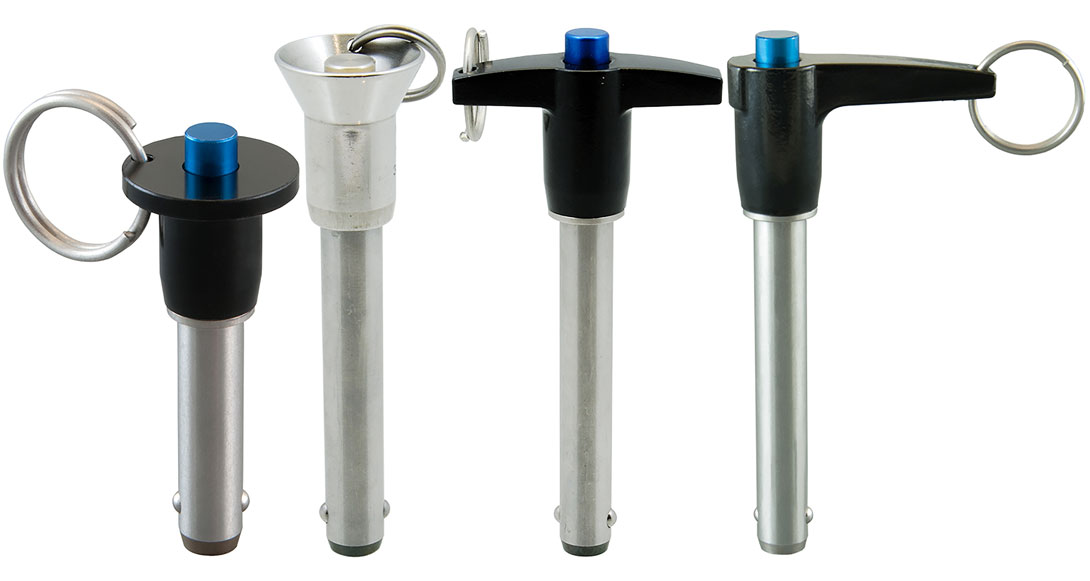 Significantly, Alan has confidence in WDS’s quality, so will often reuse parts from previous shows. A typical order from the RSC could include compression latches, anti-vibration cone stops, levelling feet and quick release pins, but equally it could include something bespoke or a lot of help in designing a particularly ambitious stage item.

Alan is based at the RSC’s vast Scenic Workshop on the edge of Stratford where its sets and props take shape. From drawings, CAD files and scale models the technical teams create sets that are expected to last for a whole season of performances and may then also be sent out on tour or even shipped to theatres overseas.

The sets are usually built on a metal frame and clad in wood, then painted and dressed accordingly. They are designed to be easily adaptable in case the director wants to make mid-season changes and to be flexible for use in the different theatres when on tour. Alan again: “I like to fit WDS levelling feet in case touring stages aren’t quite level, while anti-vibration mounts help with noise attenuation.”

Modern sets at the RSC usually feature at least some technical and mechanical elements. For example, in Romeo & Juliet, the balcony needs to support two people, and be designed to be climbed. It might have doors that operate manually or automatically. Doors are actually quite difficult to create on stage: they need to have a frame to slam against, and must open smoothly, even when hanging on a sloping stage, so many discreetly incorporate a spring or damper from WDS.

Sets may rely on mechanisms, engineered systems or computer-controlled winches and be suspended above the stage. Whatever the requirements Alan knows that WDS is always on hand to help with technical information for loads, speeds, acceleration and deceleration profiles and health and safety considerations.

Time is always an issue with RSC projects, sets and scenery must be ready by the opening night with zero margin for error. Alan explains how a typical job progresses: “For each new design we review the best options available and buy the most competitive product. Criteria for specification include quality, availability and price. The WDS website is an excellent tool for quickly identifying the best parts. It is easy to navigate and the fact that you can download 3D CAD files very simply is a real strength. Similarly getting quotes and delivery times is straightforward.”

Asked to sum up his role as an engineer with probably the world’s most famous theatre company Alan says: “No two days are the same and I love some of the whacky briefs we get. For instance, we produce the sets for Matilda the Musical in the West End, the USA, Australia and South Africa. A key part of the set is the blackboard that writes by itself, at one point in the show it has to disappear off stage at an extremely fast speed and be lifted in the air to allow other scenery on. We came up with a design that centres on WDS quick release pins and lifting eyes. Every production and every theatre presents a new set of challenges and a new opportunity to place our signature on some of history’s greatest plays. Even as a level-headed engineer and after 40 years in the business, I get a knot in my stomach just before curtain up and a big adrenaline rush when it I see the reaction of the audience at the end of a successful performance.” 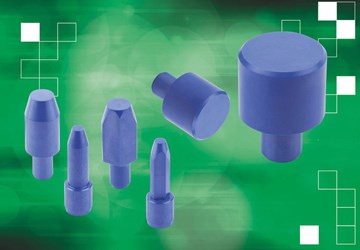 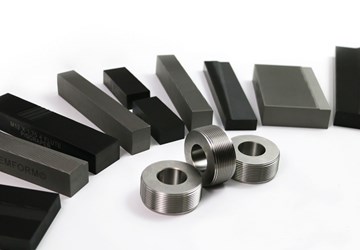