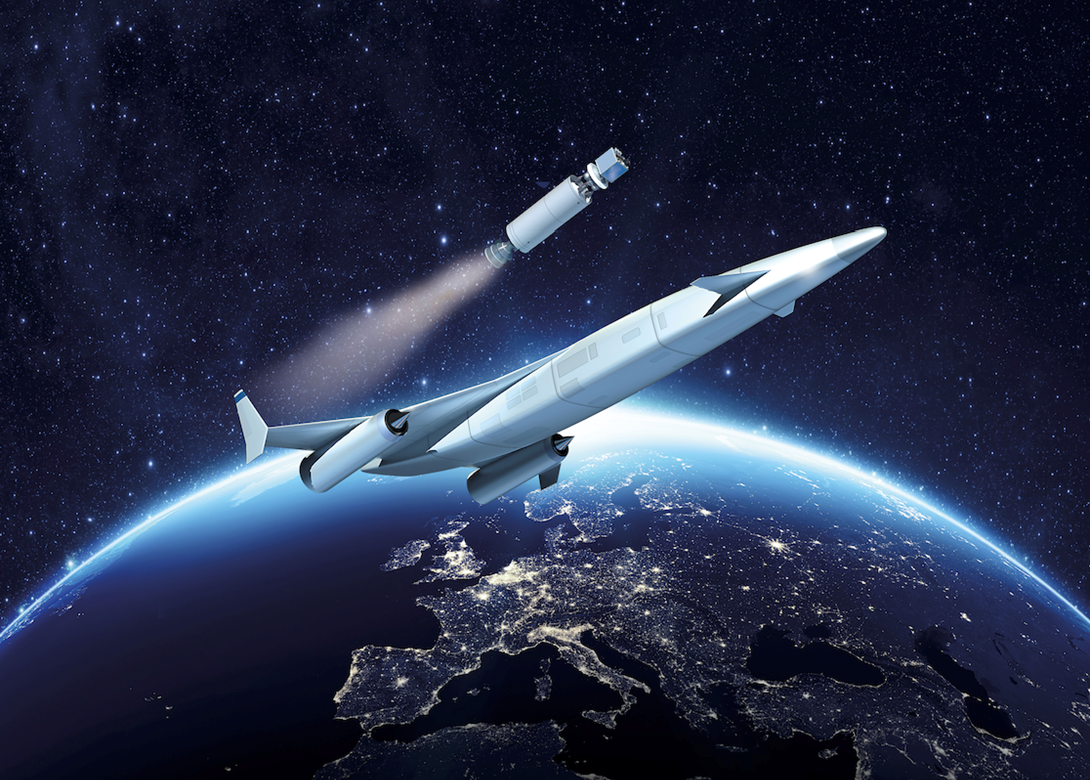 Last July, the world celebrated the 50th anniversary of the Apollo 11 Moon landing. Although the Apollo Moon missions went on beyond that, to Apollo 17 in December 1972 (Apollo 18 was an Earth orbit link up with the Russians, not a Moon landing), it wasn’t long before people and politicians turned their attention to the cost.

The Apollo programme is said to have cost US$20 billion, and those were 1960s dollars (about US$170 billion today) and so the idea that access to space is hugely expensive took hold.

Many fascinating space projects have been proposed, but they were beaten by cost. Perhaps seemingly among the most frivolous is holidaying in space, but it’s now available to the super rich and prices will come down.

It seemed highly wasteful to use a rocket only once. Surely a reusable spacecraft would be much cheaper – and so we saw the dawn of the Space Shuttle era with the first flight in 1981. But it wasn’t cheaper. NASA has always been coy about precise Space Shuttle costs for this reason.

To describe the Space Shuttle as reusable was stretching the description a bit. The main tank was thrown away on every launch, the boosters had to be pulled apart and rebuilt, and the orbiter and its engines required major servicing after every flight. It was a bit like putting your car in for its yearly service after every journey. The last Shuttle flight was in July 2011.

However, reusability is coming back. But this time, it’s real reusability. Perhaps best known is internet billionaire Elon Musk’s SpaceX. The company is landing rockets under propulsion (just like Apollo 11’s lunar module Eagle, which landed on the Moon) and using them again, to bring prices down. 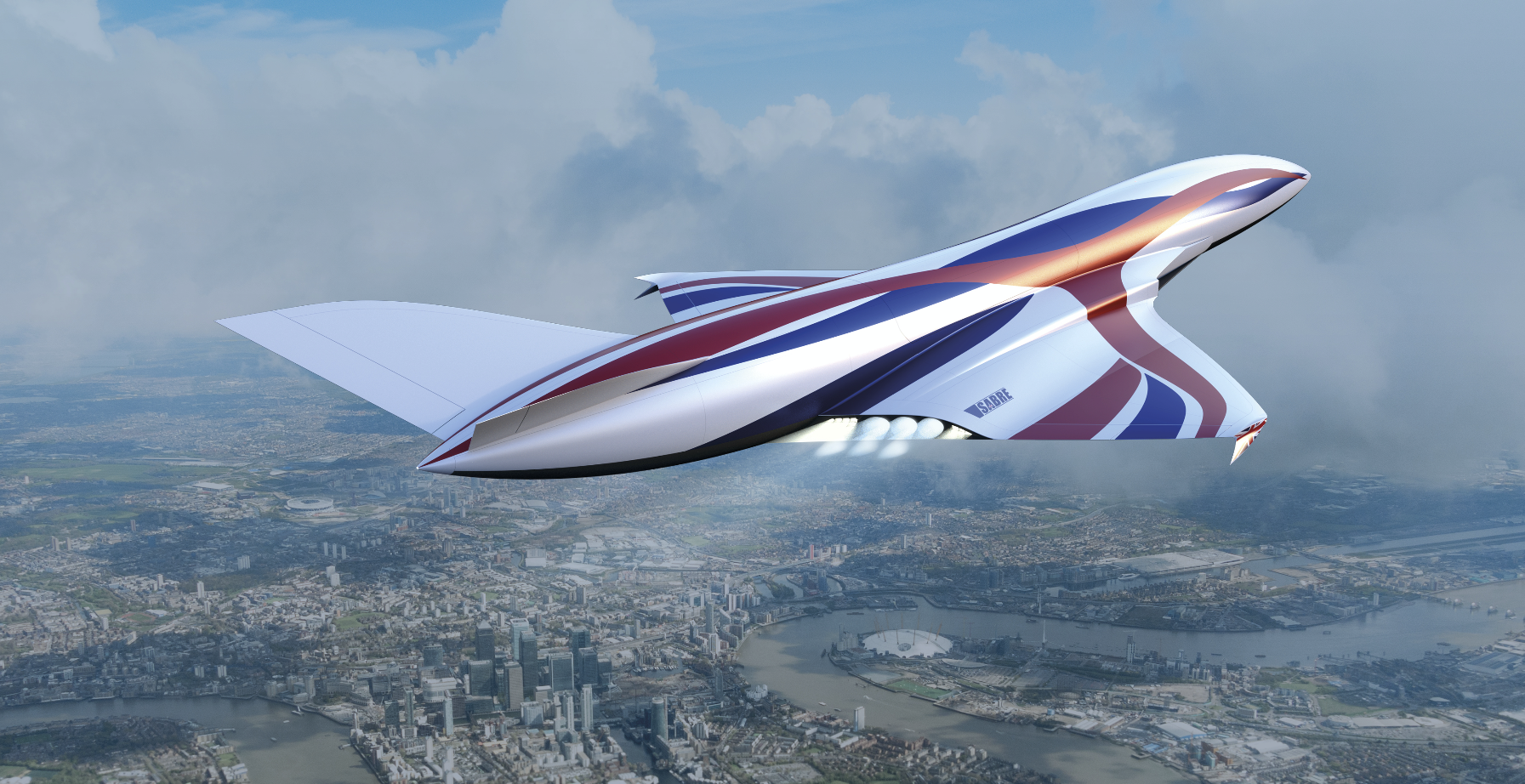 Is there another way of cutting costs?
Space launch vehicles put only a tiny fraction of their total mass into orbit – one of the reasons satellite launches are expensive. A large part of that mass is propellant, which usually involves a fuel and an oxidiser. But oxygen is freely available in the atmosphere, so why not use that as much as possible? This idea is not new, but the technology to employ it is only now coming to fruition.

For a launch vehicle to have a significant air breathing initial segment in its climb, it needs to do so up to Mach 5 or 6 (Mach 1 is the speed of sound, about 750mph at sea level and 0ºC). The problem is heating – air entering the engine at Mach 5/6 is heated to about 1,000ºC and it cannot be used at this temperature. It will get even hotter on combustion and it will melt engine components.

So it has to be cooled – a lot and rapidly; this has been the technological challenge for decades. The answer came out of the UK nuclear industry and now UK company Reaction Engines Ltd is running components for its SABRE power plant (Synergetic Air Breathing Rocket Engine). It is applicable to both hypersonic passenger aircraft and space launch vehicles.

The key to SABRE is the pre-cooler, which will cool inlet air from 1,000ºC to sub-zero in a 20th of a second. It consists of micro-fine tubing with walls thinner than a human hair and the heat energy exchange is about the same as a small power station when its running. The super cooled onboard hydrogen will be the coolant, as well as the fuel.

But what are the tubes made from and how will they be held together under the onslaught of air at Mach 5/6? Also, what will happen if there’s FOD (foreign object damage)? Any object going into the pre-cooler at that speed is going to make a mess and then there’ll be hydrogen where it hadn’t ought to be. This is a huge challenge to the fastener and fixing industry, as well as the material suppliers.

Today, Reaction Engines is understandably unwilling to say how it will deal with these problems, but assures interested parties that it has solutions. One thing is known – air will not go straight into the pre-cooler, but will turn through about 60 degrees and enter sideways in the form of a centrifugal separator. Any FOD should carry straight on and not enter the pre-cooler. This kind of separator is often used in aerospace. It’s quite common on helicopters, for example.

In fact, the whole of the SABRE engine will be a challenge to the fastener and fixing industry, which may have to look outside its tried and trusted aerospace solutions. Air breathing at Mach 5/6 could be quite a rough ride.

Once the air becomes too thin for combustion, SABRE will switch to an internal oxidiser. However, the vehicle will have saved all the weight of an oxidiser that would have been used to that altitude and that transfers directly to available payload weight. In addition, the SABRE engine allows a horizontal take off, removing the need for a launch pad and gantry. The vehicle will take off just like a conventional airliner.

At the Paris Air Show last June, Reaction Engines and Air Liquide  S.A signed an agreement for the supply of gases and liquids to the Reaction Engines’ Westcott test facility. The Buckinghamshire site will be a national asset bringing unique capability to support hydrogen test requirements in the UK.  When commissioned it will enable Reaction Engines to test critical subsystems along with the core of SABRE, while creating future hydrogen testing capability from the UK.

The agreement will see Air Liquide design, build, procure, install and commission a gaseous supply system to fulfil the liquid and gaseous hydrogen and liquid nitrogen requirements for Reaction Engines’ Westcott facility. Air Liquide will act as design authority on this project and will manage the full integration and commissioning of the fully operational system – working with key partners.

Mark Thomas, CEO of Reaction Engines Ltd, comments: “This is an exciting milestone in the development of our Westcott test site, bringing us closer to the start of testing of our SABRE engine core. Having already worked in close collaboration with Air Liquide, I’m pleased to be deepening the partnership between our two companies, which will help Reaction Engines deliver an operational test facility.”

The company has also announced a collaboration with the French Space Agency, the Centre National d’Etudes Spatiales (CNES), and the UK Space Agency, to work together on a joint study to investigate the impact of air breathing propulsion systems on future space launch architectures. ONERA, the French Aerospace Lab, will also assist.

The study, carried out under the 2011 Framework Agreement for Reinforced Cooperation in Space Activities, put in place between CNES, and the UK Space Agency, commenced in 2018 and is due to complete towards the end of this year.

CNES has a long and successful history of researching and developing the Ariane launcher family, including the currently operational Ariane 5 version. Together all parties have a mutual interest in future space launch technologies and understanding the impact of using air breathing propulsion systems.

The objective of this joint study is to assess and quantify the potential advantages and benefits of air breathing propulsion technology for future European launch architectures. The study is framed around a two-stage-to-orbit (TSTO) concept launch from Guiana Space Centre in French Guiana, South America.

The first stage of this system employs SABRE propulsion on a horizontally launched and recoverable winged vehicle. The second stage employs conventional rocket propulsion and is designed to be expendable. 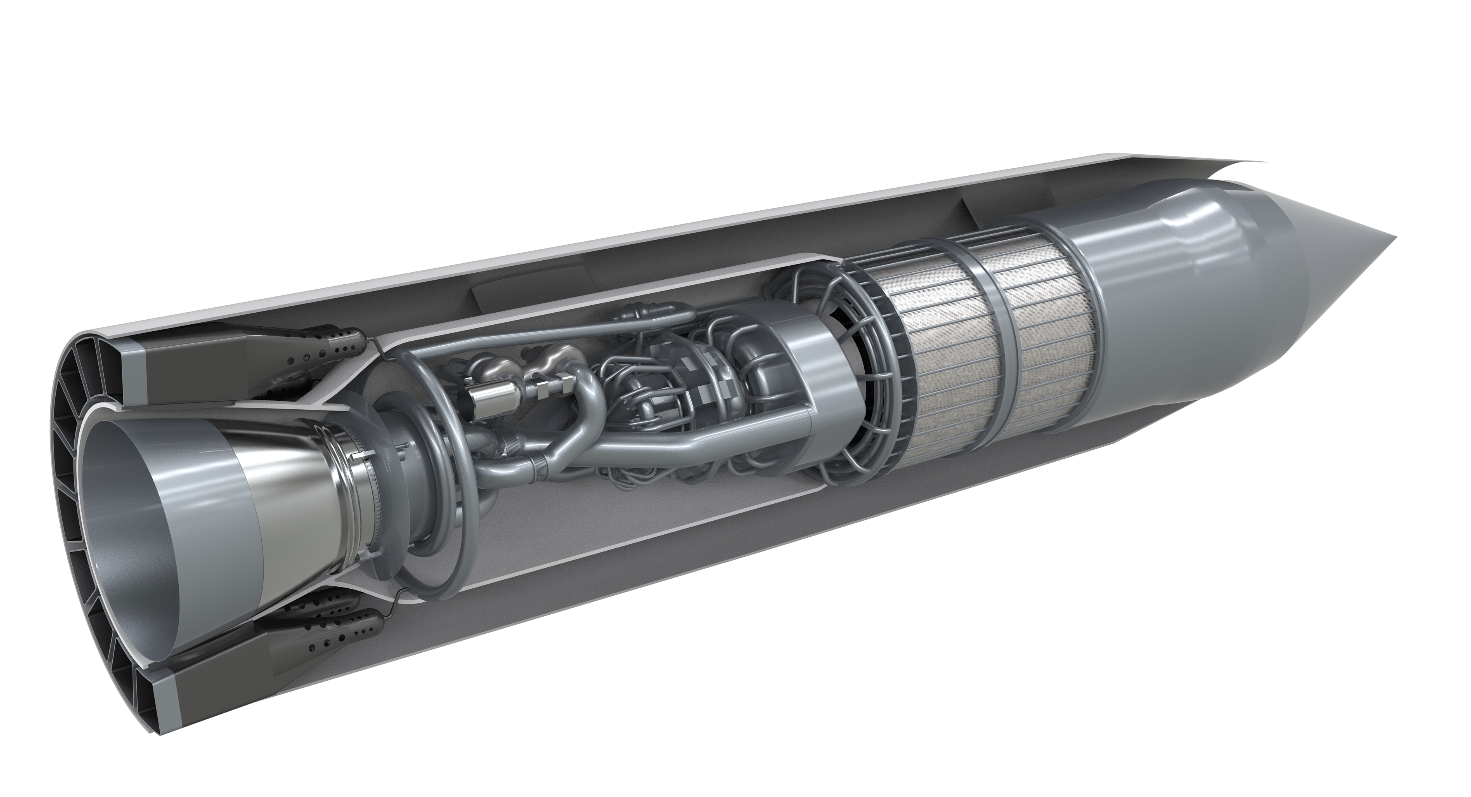 Military aircraft
The UK Ministry of Defence intends to place a GB£10 million contract to develop hypersonic propulsion systems for increased aircraft performance and capability. The Defence Equipment and Support’s Technology Office intends to place a circa 2 year, single sourced contract for a UK programme to undertake design studies, research, development, analysis, and experimentation, relating to high-Mach advanced propulsion systems. The contract will be with Rolls-Royce Plc and its technology partners, BAE Systems and Reaction Engines, and will focus on enabling technologies.

Speaking at the 2019 Air and Space Power Conference, the UK’s chief of the air staff, Air Chief Marshal Sir Stephen Hillier, said: “As part of the technologies being developed in parallel with Project Tempest, I am delighted to reveal that in concert with Rolls-Royce, Reaction Engines and BAE Systems, we are developing hypersonic propulsion systems, which will be designed and tested over the next two years, paving the way for the UK to become a centre of excellence in this technology and contribute to meeting future UK defence needs.” 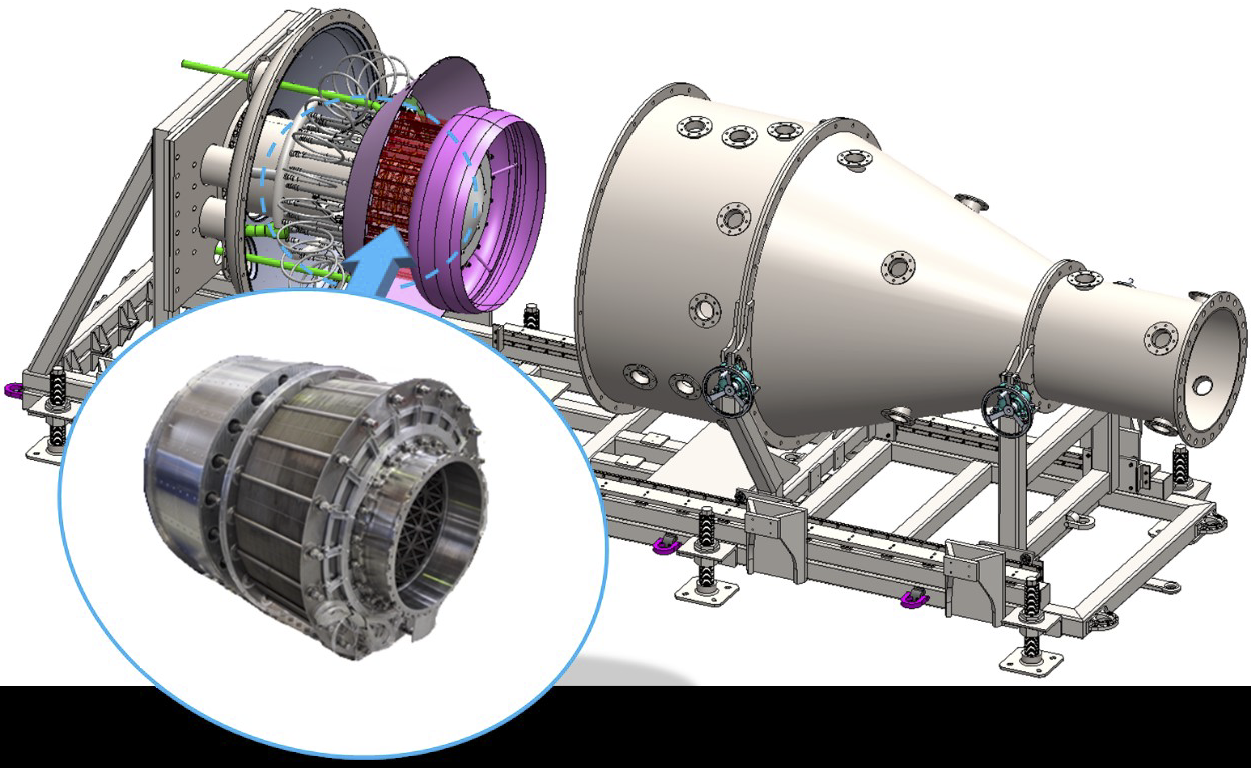 A joint industry statement by the companies welcomed the initiative. It says: “Bringing together acknowledged aerospace innovation capability from British companies, highlights the importance of collaboration with our partners and will allow us to focus on developing innovative technologies for increased aircraft performance and capability.”

High-Mach, or hypersonic, air systems are of growing worldwide interest for a variety of defence and security applications.  The extra speed enables new capabilities, including decreased time to target; improved penetration in contested environments; and the ability to access previously unreachable areas.

For a range of defence uses, speeds over Mach 4 are desirable and the ability to bridge the gap between required aircraft speed and propulsion system capability is a key enabler. This programme will address this capability gap by developing a variety of technological options and solutions.

Last April, the UK’s National Composites Centre (NCC) announced that Reaction Engines had joined its membership network. The partnership with the NCC will focus on accelerating the company’s research in ceramic matrix composites (CMCs). Lightweight, durable and with superior thermal resistance properties, CMCs will play a critical role in the development of components for the rapidly growing commercial space market.

Announcing the partnership, Richard Oldfield, CEO of the NCC, said: “The NCC’s partnership with Reaction Engines reflects our ambition to enable every high-tech industry to access state of the art composite manufacturing technology and technical specialists to accelerate their use of composites. We are looking forward to working with a team that share the NCC’s commitment and drive to turn research innovation into commercially viable components.”

Richard Varvill, chief technology officer at Reaction Engines, said: “Reaction Engines has recently joined the National Composites Centre to accelerate its ceramic matrix composites research. This allows us to leverage NCC expertise and assist in the development of a UK supply chain – leading to a supply of prototype components to meet the demands of the SABRE development programme.”

It’s likely that CMCs will be vital to the fastening and fixing requirements of the SABRE engine, particularly in the pre-cooler. Reaction Engines says: “We’re the only people in the world with the heat exchanger manufacturing experience to bond thousands of joints in a single operation, and achieve zero leakage. The joints in our pre-cooler modules are hermetically sealed, meaning that the gas that escapes can be measured by the molecule.”

The extreme environment will need leading edge materials and fastening systems to keep it all together.