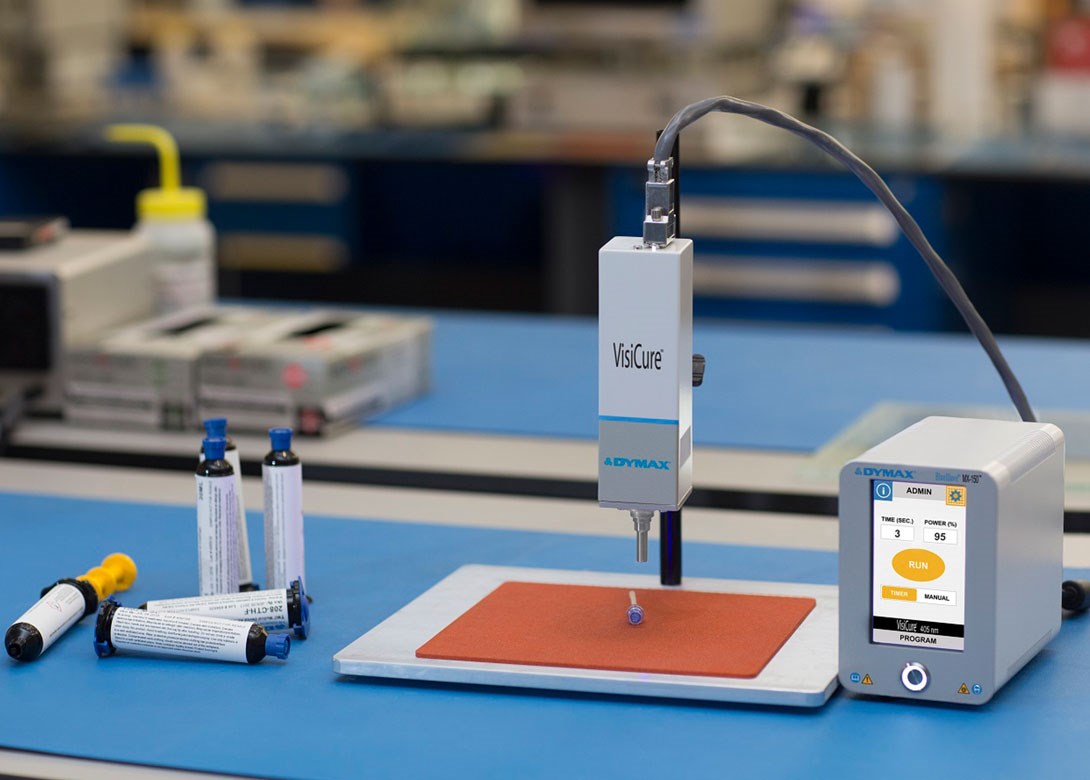 Sometimes cured UV adhesives have a tacky or sticky surface, even after being exposed to the correct amount of UV light, due to a phenomenon called oxygen inhibition. However, with a full understanding of the process, manufacturers can achieve tack free cures. Here Matt Baseley, senior technical salesperson of adhesives specialist Intertronics, explains how to avoid a tacky surface after curing.

Most UV light curing adhesives cure with a free radical polymerisation process. When the correct wavelengths of UV light are absorbed by the photo initiators in the adhesive, the photo-initiators generate chemically reactive free radicals. These induce cross linking, or polymerisation, of the oligomers and monomers in the adhesive, resulting in a polymer of cured material.

Oxygen inhibition
If the surface of the adhesive is exposed to atmospheric oxygen during the cure, oxygen can penetrate the very top layer and inhibit polymerisation. This causes an incomplete surface cure, leaving unreacted oligomers and monomers - the tacky residue. We would define tackiness as when you feel a tack as you rub your finger across the surface and get traces of wet residue on your gloved hand. Of course, if your bond is completely interfacial and between two surfaces, then oxygen inhibition will not occur, since the adhesive is not exposed to oxygen.

In situations where the joint design has exposed adhesive fillets and a sticky surface occurs, the bulk of the adhesive is cured and what the manufacturer is detecting is a very thin layer of adhesive constituent. Structurally, the bond is likely to be quite sound. However, it can be undesirable from the perspective of contamination or aesthetics.

Modern adhesive formulations are less likely to have tacky surfaces when cured with the correct equipment, as chemists have become clever in mitigating it, so it is more likely with older products or softer adhesives. Bear in mind that some soft adhesives may be formulated with additives that remain sticky when cured and can appear to be signs of oxygen inhibition when they are deliberate properties of the cured adhesive.

Overcoming oxygen inhibition
More intense UV light is one way of tackling tackiness because it has the chance of completing the cure before oxygen inhibition can take effect. In addition, manufacturers will usually achieve more optimal cures using higher intensity light, along with shorter cure times.

To increase intensity, manufacturers can check their bulb outputs to see if they are due for replacement and if so, try a new bulb. Other ways to achieve this include bringing the lamp closer to the adhesive surface, curing for a longer period or using a more powerful UV curing lamp.

Broad spectrum UV light
Oxygen inhibition can be prevented by using short and medium wavelength UV because the higher energy causes a quicker breakdown of the photo-initiators, meaning there is less time for oxygen to penetrate the exposed adhesive surface. But to get a good depth of cure, the manufacturer must combine shorter wavelengths with longer wavelength UV light. Intertronics supplies metal halide UV bulbs that usually generate the right balance of curing light (approximately 300Nm – 450Nm). In some cases, the use of a bulb with higher amounts of short-wave UV (a mercury UV bulb) will overcome oxygen inhibition.

Exclude oxygen from the surface
A third option is to exclude oxygen from the adhesive surface, such as to place a thin film of plastic over the adhesive and cure through the plastic. Many adhesives will have poor adhesion to plastics like polypropylene or polyethylene and so they can be removed easily post cure. Another way to do this is to cure under an inert gas like nitrogen or argon.

If tackiness cannot be avoided by making improvements to the process, the manufacturer may want to consider removing the tacky layer with an isopropyl alcohol (IPA) wipe. Alternatively, the manufacturer can change adhesives, opting for one less sensitive to oxygen inhibition. Perhaps the most optimal scenario would be to specify an adhesive formulated to cure tack free with LED UV curing lamps, so that the considerable benefits of modern LED UV curing technology can be realised.

If you are experiencing sticky or tacky surfaces on your adhesive or coating, our recommendations are to use a higher intensity UV light, use more short wave UV light, exclude oxygen from the surface or change the adhesive to one less sensitive to oxygen inhibition. Partnering with an experienced adhesives supplier will help you to specify a suitable adhesive and understand the curing process including wavelengths, intensity and exposure time. 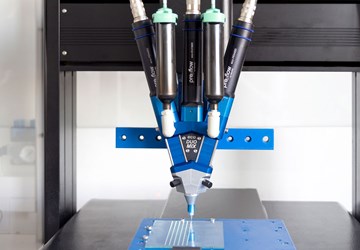 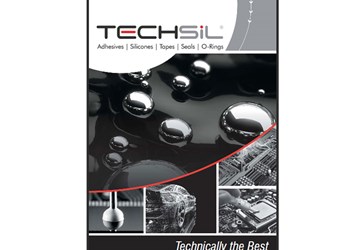